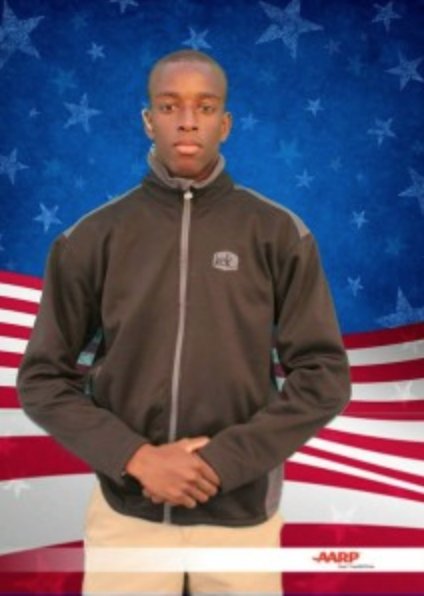 “The decisions we make today will affect us tomorrow,” says Phoenix Job Corps graduate Ernest Kitchen. He not only lives by those words but shares them with other students.

The 22-year-old and his seven siblings faced many challenges growing up and learned early on that making good decisions is important. They were all victims of child abuse at a young age but Kitchen says not one of them has let their upbringing stop them from working towards their goals.

“You literally have to get off the couch and climb your way to the top,” Kitchen says. “You can’t just sit there.”

Early on, Kitchen credits Child Crisis Arizona in Mesa for helping him and his siblings. “My family was actually the biggest family in a crisis of abuse and neglect that was ever recorded in Child Crisis Arizona history,” Kitchen says. He’s the third youngest with the youngest being in high school. Kitchen’s other siblings are in college.

As an adult, Kitchen credits Job Corps for opening career doors. He studied culinary arts for nine months at the Job Corps center in Ogden, Utah where he also graduated with his high school diploma.

Kitchen then moved back to the valley and was hired at IHOP. In fact, he was named best dishwasher in 2016 and 2017. Kitchen also worked at Buffalo Wild Wings where he held three positions, sometimes working all three of them at the same time.

From restaurants to security, Kitchen decided to enroll in Phoenix Job Corps because he started thinking, “What if I don’t want to work in the restaurant industry anymore? I can’t just stop and do nothing.”

Since he still was eligible for job corps training, he applied and was accepted into the security protective services program at Phoenix Job Corps in January 2017. He graduated on August 31, 2017.

On the first day, he says several staff members read his profile and told him they’d be expecting a lot from him since he attended another job corps.

“That put some pressure on me but it ended up being great,” Kitchen remembers.

A month went by and he was asked by his RA adviser to be the next president of the dorms. “When I came to Phoenix Job Corps, I had not planned on being in any type of leadership,” says Kitchen. “I just wanted to get by in security protective service, get it done and get out but apparently people saw something in me that even I didn’t see. I went on to become President of the Spartan Floor Dormitory.” He first held the SGA positions of Treasurer and Vice President.

After graduation, Kitchen worked part-time in security at the Phoenix Convention Center. Since he didn’t have a car, only a mountain bike, getting to downtown Phoenix was a challenge.

“I’d have to get up at 3 o’clock in the morning, bike 22 miles from Queen Creek to Mesa, get on the Mesa light rail and take it into downtown Phoenix,” says Kitchen.

“There were days I’d have to work 12 and 14-hour shifts and other days I’d have to work 16 ½ hour shifts. And I would have to bike all of the ways back and get up the next morning, only having 47 minutes of sleep. Was it a challenge? Yes. I finally checked myself into the hospital in February 2018 and doctors told me that was enough bike riding and said I was pushing my body too much and I couldn’t do it anymore.”

On top of that, Kitchen says, “A friend told me, ‘I’m really scared that you’re riding your bike at night, especially when you’re working all of these hours. I wake up in the middle of the night wondering if you made it home or if you got hurt. What I’m going to do is lend you some money so you can go get a car because you’re working way to hard and way too long to be biking 22 miles every day just to go to work.’”

So, Kitchen was able to get a car and worked briefly at a correctional facility. He recently got a job with the Arizona Department of Corrections where he’s making $15.75 an hour during the 7-week academy training. After training, Kitchen will be bumped up to $17.50 an hour.

He’s also attending the Art Institute of Phoenix, working on his Associates Degree in culinary arts.

Kitchen credits his faith for his success. “All of my brothers and sisters are religious, we’re Christians,” says Kitchen. “We all follow two Bible verses. My favorite is Joshua 1:9. It talks about being strong and courageous, looking out for yourself and other people around you and not putting them down, helping to build them up as you build yourself up.”

Kitchen says he and his siblings also believe that “God puts his strongest soldiers through tough challenges. Everybody is born for a reason but for my brothers and sisters and me, for us to climb up to the top and be where we’re at, we consider that a blessing. God had a purpose for us and we actually have a reason to be on this earth just like everybody else does.”

Kitchen refuses to use his past as an excuse for not succeeding. “I was abused and neglected,” Kitchen says, “but that’s not going to hold me down or my siblings.” It’s also not going to stop him from reaching his goals such as becoming a Phoenix Police Officer.

“You’ve got be thankful for what you have.”